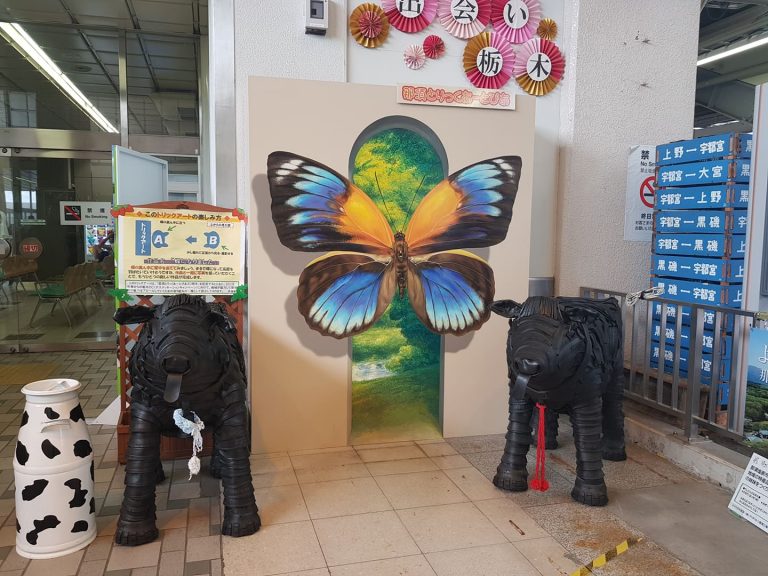 I had no plans for the Obon holidays, but also felt compelled that I needed to go somewhere as spending 3 days at home or just at Kawasaki area seems an overkill. I have only been out Kawasaki twice since I started here. First was when we had dinner with friends, and the second one when we had a farewell dinner for one of our teammates at the office in Shibuya.

I did not plan for an itinerary, I just wanted to go somewhere. So today I woke up early, did laundry, and decided to leave by 10am. I looked at the JR Tokyo Wide Pass which comes at a cheap 10,000 yen only, good for 3 consecutive days. With this pass, you can already go to a lot of places and ride unlimited bullet trains. This pass by the way is only valid for non-Japanese passport holders. You don’t need to have a Temporary Visitor Visa.

I had a lot of misbehaviours today. From withdrawing at the ATM machine. There were two machines and the other one was vacant so I immediately when there and withdrew money. Yet, I didn’t notice that there was a queue at the other end and there were about 5 people waiting. I felt so ashamed that I had to say sorry several times, but they just smiled and did acknowledge my mistake. This is one thing that anyone new in Japan should be precautioned. Always check if there’s a queue somewhere especially at ATMs or anywhere there is a cashier.

Going back, I thought I was going to catch the 11:12am bullet train to Nasushiobara but the queue at the JR East Office at Tokyo station was full. I did finish buying my ticket though at exactly 11:12am. Lol. I had to wait for an hour as the next shinkansen would be at 12:12nn. I looked for Roku Rinsha Ramen and would like to have their tsukemen for lunch but as expected the queue was very long. I roamed around the station only to find myself buying food at New Days kombini. I immediately went to the platform. Another mishap for me as I queued at the wrong platform. I was supposed to take the 12:12nn, but queued for the 12:08. It’s still going to Nasushiobara but takes an additional 30 minutes. In any case, I can no longer afford to get out of the queue as I was at the non-reserved seats. All reserved seats were sold out due to Obon holidays.

Inside the train, I was seated by the window and as soon as we left Tokyo metropolitan area, I started studying Kanji. It was so much fun and I finally learned how to write them, not just look and memorize them.

When we arrived at Utsonomiya station, it was very familiar as this was the station where we transferred when we went to Nikko maybe 2 years ago. I was expecting that the next station would be Nasushiobara. It was, however, Koriyama. The train stopped for a while, but when it announced that the next station is Fukushima, that was the time I realized that something was wrong already. My phone’s battery was already below 20% so I had to use it wisely. I checked Google Maps and saw that I indeed missed Nasushiobara station. I was supposed to alight at Utsunomiya and transfer to another shinkansen! Anyway, I had to ride back again. Good thing I could cross over to the next platform and the next shinkansen drops at Nasushiobara.

I arrived at Nasushiobara station and immediately went to Kuroiso albeit I waited for about 30 minutes for the local train to arrive. It started to drizzle when I arrived at Kuroiso. I didn’t have a plan nor an itinerary. I just walked and walked. I was initially looking for any restaurant that probably has outlet where I can charge my phone. I saw McDonald’s so I followed the signs, but then saw Gusto too. I know they have outlets so I diverted and went the other way. While walking, I saw several interesting architecture and buildings so I took some.

I saw a FamilyMart kombini and saw several students, aaaanddd, I saw outlets on their table! I got in and bought lunch for myself and ate there. While waiting for my phone to charge at least 50%, I studied Kanji again.

Since my phone is now up, I went to the “nearby” Riverside Park in the map. It was just a 30 minute walk so I decided to take it. I thought it was very near but it happened to be very far and there were instances where there were no cars on the road. All you could hear were crickets, insects, and crows.

Praise God I was able to arrive safely at the Riverside Park. It was a beautiful place so I walked around and took photos.

Beside the park was also a rice field. I’ve always wanted to take a photo inside a rice field so I did take a selfie.

There’s also a spiral staircase just across the Riverside Park. I got curious so I went up and saw this amazing view!

I was trying to catch the 17:38pm local train so I would be able to catch the 18:02pm shinkansen back to Tokyo. I traversed my path back to the station. Seems like the town was quiet or maybe just because of the Obon holidays.

Of course, I would also like to share the BTS of this walk. I sweat a lot and I still haven’t bought dri-fit shirts here. There’s a term in the Philippines called “BasKil”, a shortcut for “Basang Kili-kili”, which literally means wet armpits.

Overall, I haven’t really went to the suggested places in Kuroiso and Nasushiobara (oh the Outlet Store!), but I’m already satisfied with the places that I’ve visited. The people were also very warm. I saw an old couple walking their dog at the Riverside park and they greeted me. Also one instance at the local train, I opened the door to get in. In some local trains, the open/close button is manually controlled when the train isn’t departing yet. I forgot to close it upon entering so the lady closed it. I said sorry and she smiled. I felt like I have no manners today after all these things that had happened. Lol.

After arriving at Tokyo Station, I had my dinner at Roku Rinsha. Got myself a tsukemen. Falling in line for 45 minutes was definitely worth it!

This was just my first day. Tomorrow I will probably do another crazy route! Stay tuned.

I was able to memorize, read, and write 24 Kanji characters today:

Behold, I am coming soon, bringing my recompense with me, to repay each one for what he has done.
Revelation 22:12