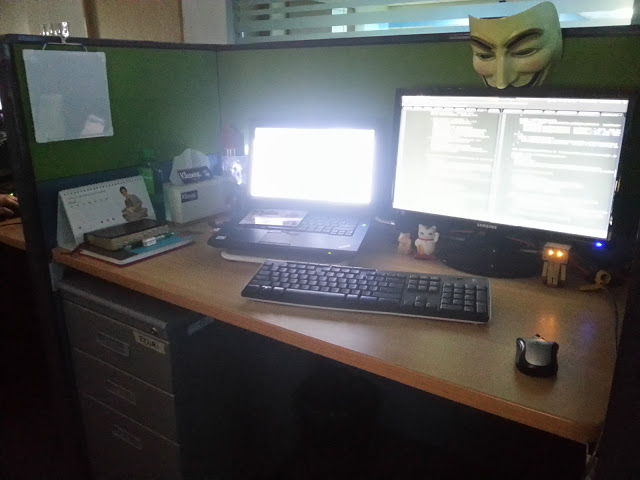 The Sulit Technical Deparment (mainly the Development Team) relocated to another office but still at the same building. We transferred down to the 24th floor. This was the old Sulit office before transferring at the 40th floor. I’ve stayed for 6 months at the 40th and it was nice to have at least been at the new office where everything else was still new and fresh. Surely, the interaction between the people from other departments will be missed. But on a positive note, we will be isolated. That would mean more time to focus on tasks and lesser distractions. 😉