The theme for our year-end party this year is Coachella. At first, I did not like the theme because I can’t find any suitable costume in the internet. Good thing for me I happen to pass by the Surplus Shop at Megamall, and saw this cheap white shirt with “Rock and Roll Forever” print at the front. 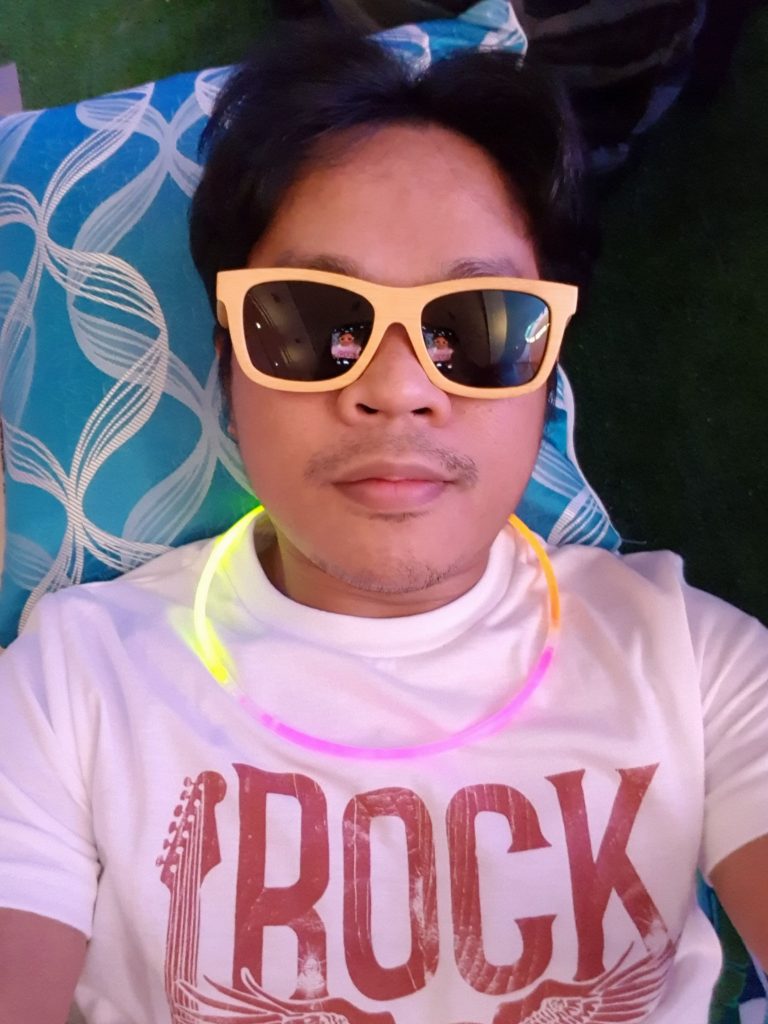 We were allowed to leave early to the venue since Manila traffic (particularly Ortigas Avenue) is a given. We arrived at the venue pretty early. Mouth-watering wagyu beef cubes were served to us after the registration. Yum!

We arrived so early at the venue that we had to wait for an hour. The waiting wasn’t so bad at all since the music was good. I laid down and took a nap before people started to flock the venue.

The Product and Technology (P&T) department also won the Best Video Presentation Award. We did a musica.ly of That’s What I Like by Bruno Mars. We also invited our former teammates (who transferred to Berlin and Portugal) to participate, which they excellently did! The P&T also won the balloon popping game, beating all the other departments with our well-timed and well-coordinated execution. Over-all, we won 13,000 pesos worth of SM Gift Certificates. The screenshot below is an image of me looking like an idiot. 😀 But the most awaited part of the event actually is the raffle. During the first batch, I was hoping my name won’t be called because the prizes were minor. During the 3rd batch of raffling, I hoped my name will be called because prizes were already a Sony Soundbar, GoPro Hero 6, etc. True enough, my name was called and I wona brand new Transcend DrivePro 200 16GB Dash Camera. The only problem is I don’t have a car. :p

This year’s Christmas party has got to be one of the best that I had in the company. The venue, the food, the prizes, the games, the socializing, and the over-all experience. Kudos to the Organizing Committee, HR, and Admin for a very successful event!

Below also is the Same Day Edit (SDE) of the event. So much fun!